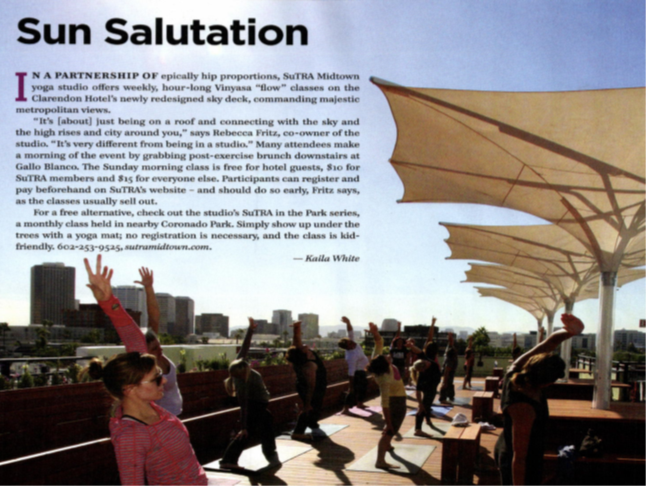 The Owner of locally-infamous Clarendon Hotel hired Reset Studios to design rooftop upgrades that would convert the unused rooftop area into a multi-use space complete with egress and accessibility upgrades as well as visual upgrades to adhere to the hotel’s established design presence in the Phoenix.

The project was constructed in 2007, and is now used extensively for happy hour events, after-hours parties, and even for early morning hour-long vinyasa yoga “flow” classes by neighboring SuTRA Mid- town Yoga Studio.

The project aligns with Reset Studios’ design approach that pushes all aspects of projects, even previously unused roofs, to achieve their highest value to the owner. The project won a New Times “Best of” in 2007.